Have you ever wondered if you are using the best oil when you are cooking? An important thing to consider is the oil smoke point.

Oils with high smoke points are best to use for cooking anything hotter than low heat cooking. Oils with low smoke points are generally best used for seasoning or dressing by adding them at the end of or after cooking. They can also be used for marinades and low-temp cooking methods such as confit.

Safflower oil is another great cooking oil with a high smoke point of 510°F (265°C) making this a reliable oil to keep on hand for all cooking methods.

Clarified butter has a high smoke point because of the milk fats being removed (these burn first). This gives clarified butter a smoke point of 450°F (230°C). It works great for almost all cooking methods including high heat cooking as well as emulsified sauces such as hollandaise.

The smoke point of sunflower oil is right around 450°F (230°C). Sunflower oil has a light flavor, but it has a richness that is nice for rounding out the flavor of a dish.

The smoke point of peanut oil is around 440°F (227°C) which accommodates all high heat cooking methods. It also provides a prominent and rich flavor to your dishes.

Lard has a smoke point around 370°F (188°C). It will work well with most cooking methods from medium to medium-high heat

Coconut Oil can be effective for roasting, baking, and pan-roasting. It has a smoke point between 350-385°F (175-196°C) which makes it suitable for moderate heat cooking methods.

This oil has a smoke point around 350-410°F (175-210°C). It is better when sesame oil is added towards the end of the cooking process. If sautéing or glazing, add sesame oil 1-2 minutes before adding the soy sauce or other glazing liquids. Sesame oil is also great for flavoring sauces.

Olive oil’s smoke point is around 325-410°F (163-210°C) based upon how filtered it is. It can be used to cook at lower temperatures or added to fresh food at the end of cooking. When using especially aromatic olive oils like single origin or freshly processed olive oil, the subtle flavors come through best when the olive oil avoids temperatures above 200°F (93°C). The best uses include dressing salads, tomato toast, and freshly roasted chicken and beets.

Butter has a slightly lower smoke point than other fats, but it is a commonly used cooking fat for those who consume dairy. The smoke point of butter that has not been clarified is 300-350°F 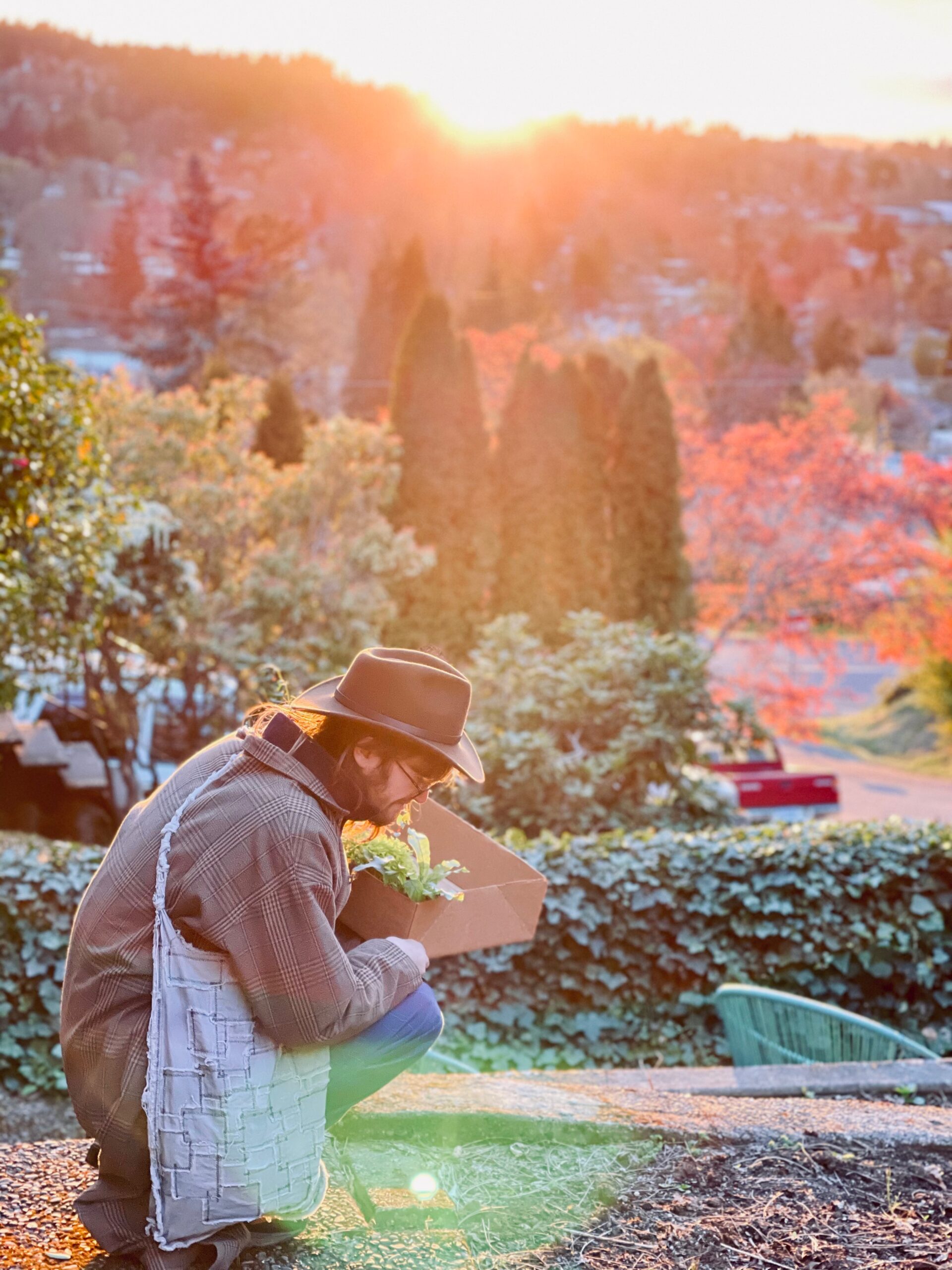 “My food journey began in high school when culinary classes brought me into the world of creating food. I continued on to culinary school before completing a two year apprenticeship with a local sushi chef. This apprenticeship was really where

I learned to care for ingredients; how to prepare them in a way that shows them respect. In order to really take care of your ingredients you need to start with the soil. I haven’t had many memorable meals that were prepared with unhealthy produce from depleted soils,and most of the memorable meals from my life were simple meals made from ingredients that had themselves been nourished lovingly and prepared the same way. I believe high quality food can be prepared by anyone, and it starts with the soil.”

Related articles you may enjoy:

5 Methods to Preserve Vegetables at Home
Benefits of Microgreens & Ways to Enjoy Them
The Benefits of Fermentation
[Recipe] Pizza Sandwiches!

Do you have a favorite cooking oil? Share your cooking tips with us and our readers!