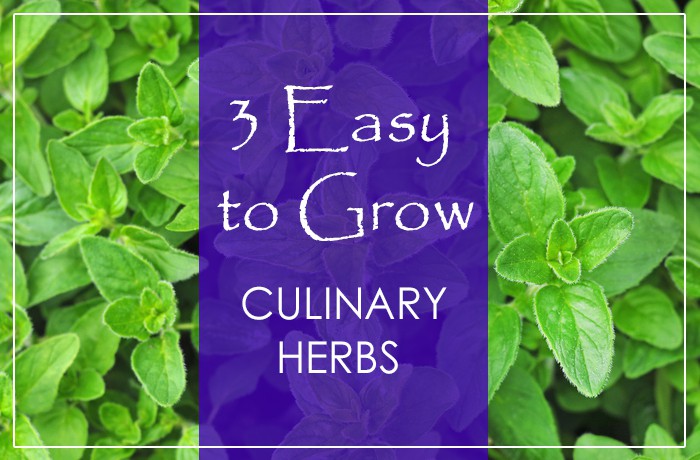 Kami McBride has been a long-time friend of Grow Your Own Vegetables and we are excited to share her with you in today’s article. 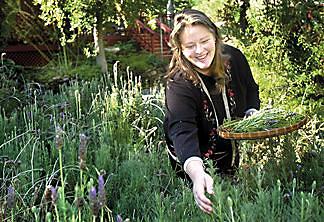 “Hey Kami, which kitchen herbs are the easiest to grow?”

I get this question a lot, so I thought I would write about the 3 absolute easiest culinary herbs to grow, even if you have had no success with growing herbs.

These are the 3 go-to herbs that my students have had the most success with over the years.

You can do this. 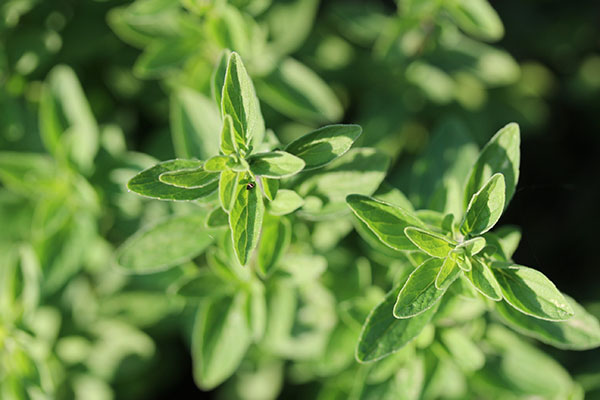 I have a friend that recently moved into an old homestead that had herb and vegetable gardens that were tended to for decades. The house was empty for a couple years and the gardens were neglected, no watering, no weeding, nothing.  Which herb do you think had overgrown the garden?

Yep. Oregano.  Everywhere, oregano. I actually had never seen so much oregano. While all the other herbs needed to be watered and were long gone, oregano was holding on and actually thriving!

So if you feel like you can’t grow anything and all your gardening attempts end in failure. Oregano will turn that around! I have to weed out the oregano from my garden otherwise it would just dominate the whole place.

Gardening Tips for Oregano: Oregano does well in full sun or partial shade and somewhat dry, well-drained soil. Do a deep watering once every week or two and then let it dry out. It doesn’t need as much water as most herbs. Oregano spreads easily and is an evergreen plant that can winter over in hard frost. 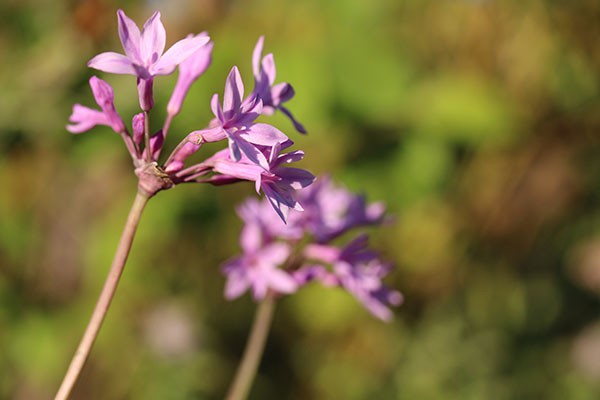 I love to decorate my food with the pink/purple flowers of garlic chives. The fresh leaves are spicy and I use them in my cooking more often than regular chives. They are delicious added to any soup, salad or savory dish. Check out my blog on spicy edible flowers. https://kamimcbride.com/decorate-food-six-spicy-edible-flowers/

Garlic chives are anti-microbial, helping to fight colds and infections. They are also carminative, garnishing your food with garlic chive leaves or flowers helps you with digesting your food.

Gardening Tips for Garlic Chives: Garlic chives like full sun and a little shade. They are a hearty herb that grows in just about any kind of soil. They like moderate watering and well-drained soil. This plant tolerates hot and cold weather and will spread in your garden. This plant has white or purple flowers and both can be used interchangeably. 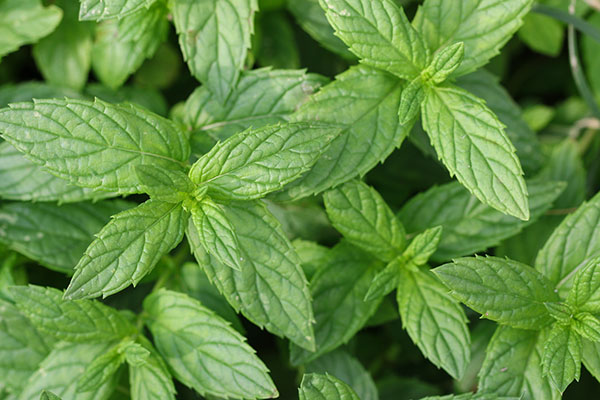 Do you think of peppermint as a culinary herb?  Tea is usually the first thing to come to mind, but peppermint is a staple culinary herb in our kitchen. You can add fresh or dried peppermint to meatballs, hamburger patties, marinades for any kind of poultry or lamb. Minced peppermint is delicious mixed into yogurt or smoothies. It also goes really well mixed into quinoa and kale salads.

Gardening Tips for Peppermint: Peppermint likes partial shade. It likes some sun, but in hot climates, make sure it gets some afternoon shade.  It likes rich soil but actually I have grown it in all kinds of soil. Keep it moist but be careful where you plant it. Peppermint sends out tons of runners and can take over your entire garden. This is one that you may want to plant in a pot so you can keep control of it. Plant peppermint in an area of your garden that gets the most water. Peppermint grows best along creeks and damp areas.

These 3 herbs can get you started growing your kitchen herbs. Try starting them in pots. Don’t put them together in pots though. Give each of them their own pot! Put them in a sunny spot on your porch, that way you can easily just grab a few snips here and there to add to your meals. Let me know how your gardening adventures go!

Kami McBrides’ mission is to inspire a cultural shift that embraces taking care of our bodies with healing herbs, a deep connection with the earth, and a lifestyle that passes this knowledge on to our children.  She is the author of the much loved book, The Herbal Kitchen, and over the past 30 years has helped thousands of people demystify the world of herbal medicine and learn just how simple it can be to use the healing power of their garden for self-care, prevent illness, and take care of common ailments.

Kami developed and taught the herbal curriculum for UCSF School of Nursing and her work is centered in sustainable wellness practices, creating self-reliance and revitalizing our relationship with the plant world.

Interested in learning more from garden experts like Kami? Check out our Best of Superfood Garden Summit Collection. It’s an inspiration celebration! Think of it as the red carpet of garden masters… in overalls and boots. Kami shares more on Herbal Medicine. 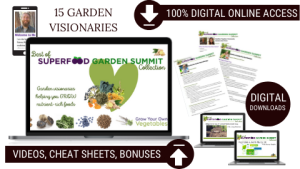 Make your front yard garden beautiful so neighbors can enjoy it too. There are many factors to consider when picking your plants each growing season. One...